Chairman of the Audit Committee 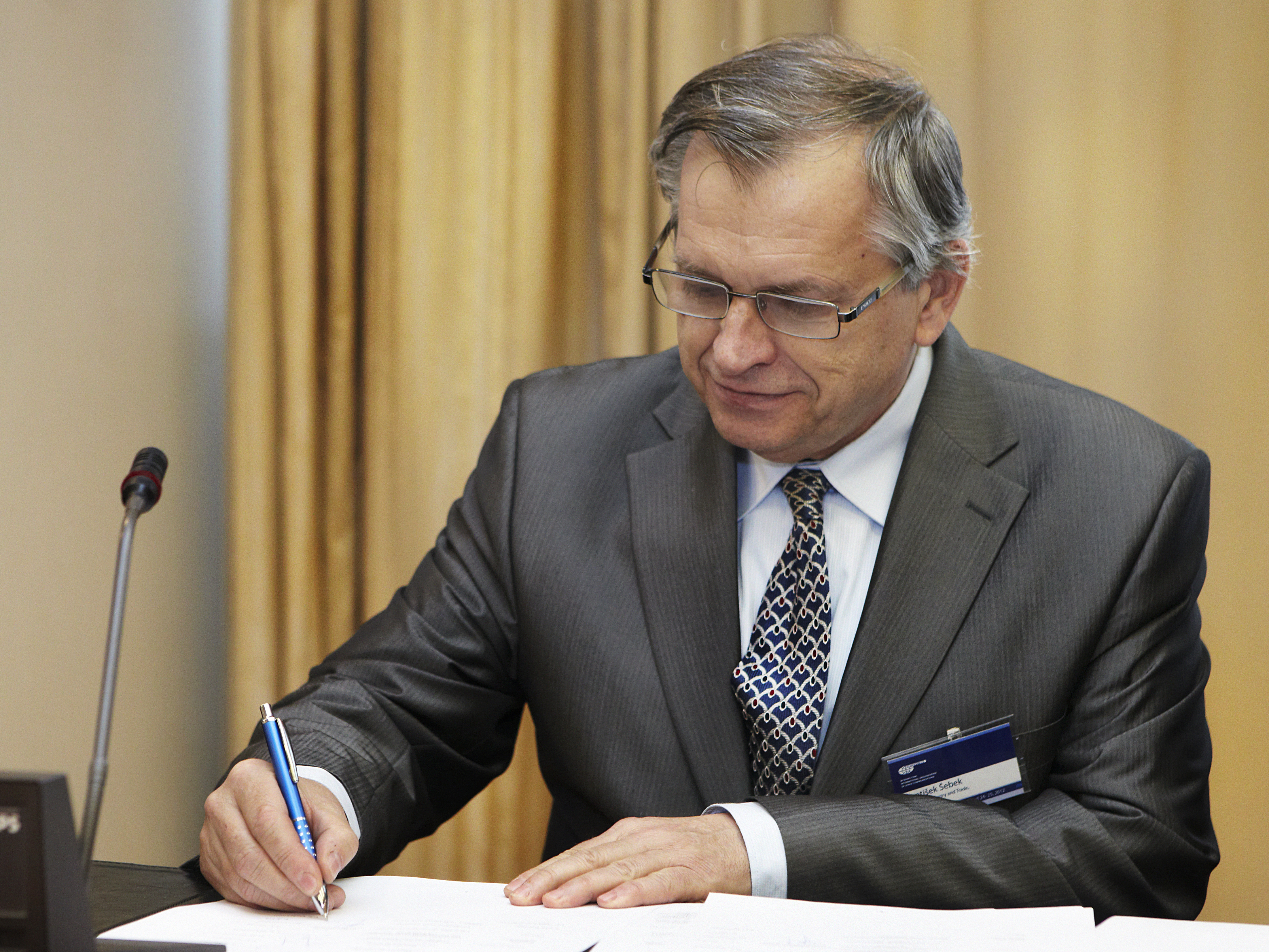 Born on November 18, 1949 in Prague, Czech Republic. He graduated in 1973 from Czech Technical University in Prague. In 1982, he completed an internship at the International Satellite Communications Testing Ground in Dubna near Moscow. In 1991, he did an internship at the United States Institute of Telecommunications, Washington D.C., and in 1992 completed another internship at Scientific Atlanta Inc., Ga. In 1993, he took a course in Mobile Satellite Systems under Inmarsat’s training program in London. In 2000, he successfully maintained a thesis for a Ph.D at Czech Technical University in Prague.

From 1973 to 1978,  Mr. Šebek worked at the research department of Tesla Hloubětín, from 1978 he was a researcher at Telecommunications Research Institute in Prague, and participated in the development of telecommunications science and technology, in particular, satellite telecommunications. From 1992 to 2000,  he was a member of the Advisory Committee of Inmarsat for technical and economic matters in London (ACTOM). Under an Intercosmos research program (Working Group I), he secured system solutions and complete implementation of II class earth stations on international proving grounds in Dubna  and Sochi.

František Šebek was the technical guarantor of  the system and technological modernization and expansion of the Intersputnik system operation in former Czechoslovakia. In 1990-1992, he was a member of the government committee for the selection and installation of Intelsat earth stations at Radiocommunications Center Sedlec and participated in project preparation of this action.

In the 1996-2011, he lectured on "Satellite Communication Systems" and "Radio Systems" at Czech Technical University in Prague.

Since 2008, he has been working for Czech Metrology Institute dealing with the  certification of radio communications and telecommunication terminal equipment, frequency planning, and satellite communications. Mr. Šebek is also a member of the R&TTE CA association under European Community Directive 1999/5/EC (2014/53/ EU).

He has been cooperating with Intersputnik since 1978 in various technical and economic committees and meetings, attending meetings of the Operations Committee as an authorized representative of the Czech Republic.

Since 2000, he has been working in the Audit Committee of Intersputnik, and in 2010 he became its chairman.