SATCOMRUS 2021 – The outlook of satcom solutions for mobility applications 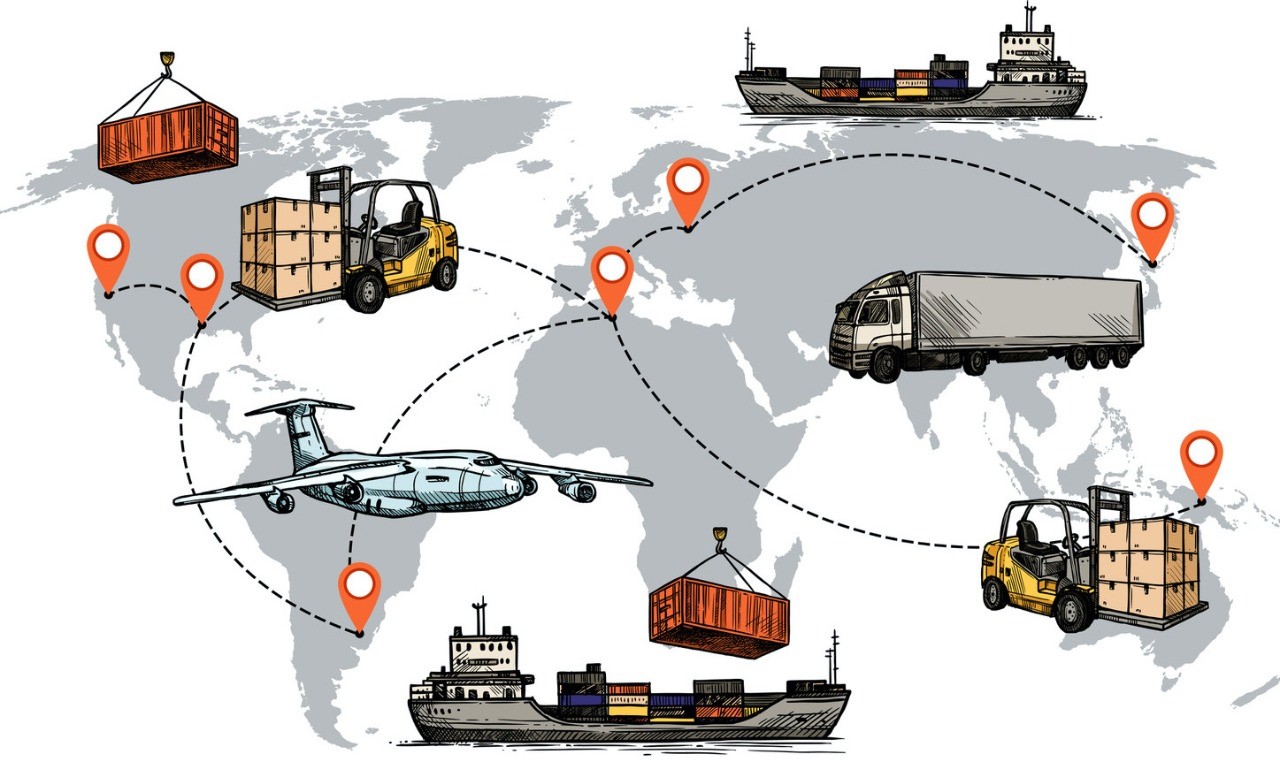 At the Satellite Communications for Transport Session within the framework of the SATCOMRUS 2021 conference, the representatives of sectoral community discussed the future prospects for state-of-the-art satellite systems for the provision of communications services and BBA at mobile objects. Andrey Kirillovich, Director of Strategy, Marketing and Business Development at Intersputnik, spoke about the effects of the pandemic on the global market for satellite communications across a variety of segments and presented the forecast key indicators and drivers behind the development of the market for satellite communications at mobile objects.

Talking about the market for satellite communications at mobile objects, it makes sense to delineate clearly its boundaries. First, this will refer not to the conventional market for mobile satellite communications, represented by operators like Iridium and Inmarsat, but rather the use of fixed satellite service (FSS) technologies. This is primarily due to the difference between the task being accomplished and the frequency ranges being used, which, in turn, affects technical solutions and service characteristics. Typically, mobile satellite service (MSS) entails voice and low-speed communication, with the specific price of one megabyte of traffic being fairly high. FSS is by definition focused on the provision of channels with high bandwidth and much lower specific price of traffic.

Second, Andrey Kirillovich noted that, for the time being, it makes sense to consider only the market for marine vessels and aircrafts since the terminal for USD 20K remains cost-ineffective for ground transport.

According to data from analytics agencies NSR and Euroconsult, the size of the market in connection with marine vessels and aircrafts is estimated at USD 8 bn by 2030. That said, in the opinion of experts, by that time it will at least equal the size of the satellite broadcasting market, which is the driver behind satellite communications, but demonstrates a stable trend toward gradual decrease. The principal future traffic consumers will be passengers, the main satellite capacity will be therefore involved in the IFC (In Flight Connectivity) sector.

This task cannot be accomplished without launching the Express-RV satellite system in the Earth’s orbit. Only this system will enable the use of terminals with fairly high elevations along the Northern Sea Route.

Effects of the Pandemic on the Market

The outbreak of COVID-19 and the associated social and economic shocks had both positive and negative impact on the satellite industry in general and the sector of communications with mobile objects in particular.

On the one hand, 2020 saw an almost 80% drop in passenger air traffic across all regions, hitting a record low in March–April 2020. That said, revenue went down by an average of 35%. Yet the IFC sector has almost recovered in 2021, reaching an average of 87% and achieving 100% of pre-pandemic indicators in the United States and the PRC.

On the other hand, the pandemic has generated or strengthened a number of new lasting habits, the main one being the willingness to have a quality BBA regardless of location. I.e., an average client wishes to have internet access “like at home” even when traveling. This need was fairly distinct a few years ago, but after the pandemic shocks it became the basic one for most of Earth’s population.

As for maritime communications, the pandemic has accelerated the digitalization of the sea shipping sector. Vessel owners tried to maximize their vessel management and maintenance operations’ transition to remote working, which is only possible when the communications system is well developed.

The capacity requested by one aircraft board has shown a gradual increase: initially, one aircraft needed 5–17 Mb/s, then this indicator grew to 50 Mb/s, while now the standard offer already exceeds 100 Mb/s per board.

By 2030, IFC will consume around 400 Gb/s of the throughput of HTS (High Throughput Satellite) in the Ku range and around 500 Gb/s in the Ka range.

That said, Andrey Kirillovich noted that, despite all good prospects, the key market for IFC remains limited. The main consumers of IFC services are long-range aircrafts. There are already more than 7,500 of them, with an estimated 10,500 by 2030. It appears that all bonuses from the IFC market will be enjoyed by the operators that will occupy leading positions in it even today.

An important factor for satellite operators is the service penetration level. During phase one, IFC covers 4% to 8% of passengers. Subsequently, due to the transition to HTS and the resulting unspecified price drop it will go up to 12% to 15%. But really massive coverage of more than 75% of passengers is possible only if airlines will offer Wi-Fi service on board at no charge. This is now practiced only by the business classes of certain flights, and the very model of IFC monetization, especially of everything that concerns the parameter of “paid or free access,” is the subject of fairly hot discussions. Free internet access for all air passengers would undoubtedly be an attractive option for satellite operators, but will it be implemented, and if yes, then when?

Speaking about the key trend in the market, Andrey Kirillovich highlighted the downward movement of satellite operators in the process chain, including the purchase of GoGo service provider by Intelsat operator. It is noteworthy that the operator itself undergoes reorganization as part of bankruptcy proceedings, yet both its shareholders and the court instance hearing the case considered this transaction to be promising and approved it.

Service providers, in turn, move upward in the chain and invest in the satellite capacity. There are three business models here. The first one is that airlines buy the equipment, pay for capacity to satellite operator and sell a service to passengers. The second one is that service provider leases a seat on board a plane and sells services itself. And the third one is a combination of the two.

Maritime not Affected by the Pandemic

The pandemic has not seriously affected BBA provision in the freight transportation sector. First, they recovered shortly after the pandemic; container transportation has even grown considerably. Second, early 2020 witnessed the commencement of intense implementation of remote control and service systems, and the pandemic has only intensified the process.

There has also been growth in equipping private yachts with broadband communication systems, which became shelters for their owners and a remote work place during self-isolation.

The greatest drop has been seen in passenger transportation, especially in the cruise sector, which was previously considered to be the most promising and dynamic. Yet this sector, too, is expected to recover in the near term. For example, the vast majority of cruises for 2022 has already been reserved.

NSR reports that about 70 thousand vessels are currently connected to BBA services, and the revenue of this sector stood at nearly USD 2 bn in 2020. Around 142,000 vessels will be connected by 2030, and the revenue for 10 years will be some USD 34 bn. That said, the solutions and offers of FSS operators will grow their share of maritime services over the next 10 years due to a reduction in the share of MSS services.

Traffic increment will mainly be represented by passenger vessels and industrial offshore platforms since it is them that accommodate the greatest number of people. Freight vessels are not expected to demonstrate a considerable traffic growth as they serve small teams. The VSAT penetration level will grow mainly due to fishing vessels, but will remain minor — as little as about 25% of sea vessels will feature BBA by 2030.

All operators of non-GEO constellations, both currently deployed and planned to be deployed, have announced interest in the market for communications with mobile objects.

In the opinion of Andrey Kirillovich, they have a valid argument “for,” namely short signal delay. Arguments “against” are much more numerous. These include the lack of satellite-to-satellite communications in the first-generation constellations and the resulting possible lack of coverage at any particular point. Non-technical factors will undoubtedly have an impact, too, such as extreme complexity of certification of third-party equipment for each type of aircrafts and a traditional conservatism of the maritime industry.

Andrey Gritsenko, the Director General of JSC ISC Severnaya Korona, in his speech emphasized a high complexity of electromagnetic compatibility of non-GEO systems which operate in the associated frequency bands. Besides, the owners of such systems strive to miniaturize user terminals, thus further complicating the process of problem solving.

At the same time, Euroconsult believes that the bandwidth of NGSO for Maritime will demonstrate solid growth and exceed 200 Gb/s by 2028, while GSO will secure about 140 Gb/s in this market in the same year 2028.

The use of HTS has already spurred a capacity spike in the satellite market, this trend will only strengthen in the future and the process will become galloping. The amount of capacity in the market for communications with mobile objects will grow 10-fold in the next 4 years.

Then, Andrey Kirillovich notes, the satellite industry will become “smarter,” i.e., more flexible, with skyrocketing opportunities of adaptation upon customer request. This will be boosted by the extensive implementation of digital flexible useful loads on satellites with high bandwidth and a seamless integration of satellite networks into ground networks, primarily 5G structures.

In the current situation, service providers do not have to own infrastructure and make the megabytes for sale to the consumer based on the megahertz bought from the operator. The provider can already buy megabytes upon request and offer a service based on them. I.e., they will contribute not to the infrastructure but rather infrastructure access. This, in turn, will make it possible to mutually integrate various networks and ensure the roaming of a mobile object between the networks of different satellite operators.

Alexey Antonenko, Director of Domain Development for Satellite Solutions, Orange Business Services in Russia and the CIS, acted as opponent to Andrey Kirillovich, arguing that only owned infrastructure would allow the operator to offer competitive unique solutions in the current situation.

Session Moderator Evgeny Buidinov noted that he could observe both options – the company had customers building their own infrastructure or using RSCC infrastructure.

In conclusion, Andrey Kirillovich described the role of Intersputnik in the emerging ecosystem of the future satellite telecommunications. The organization sees its role as the organizer of roaming between networks and the owner of cloud service directly managing the joint operation of all resources, the integrator of technical complexes and equipment, which dynamically switches between the networks of different operators. In fact, Intersputnik evolves as global virtual network operator (Global VNO).