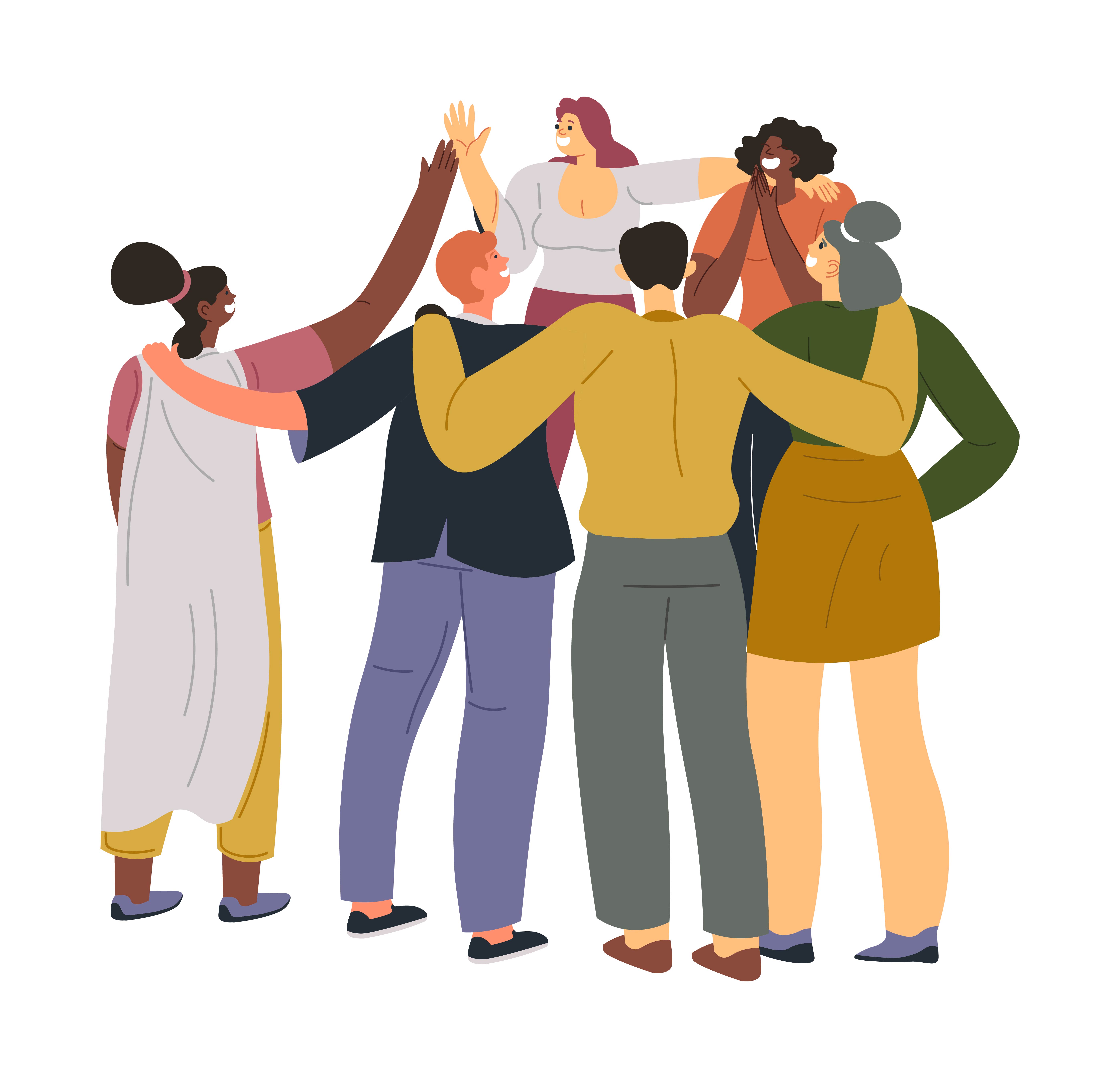 On the occasion of its 50th anniversary, Intersputnik enjoyed a plenty of congratulations from colleagues in the satellite, telecom and space industries, as well as from representatives of Member States and Signatories. Here is a brief overview of them. We are grateful for everyone who sent us congratulations, whether videos or written. We do appreciate your kind words and good wishes.

In his video message, Houlin Zhao, the Secretary-General of the International Telecommunication Union (ITU), emphasized that “both our organizations are dedicated to furthering space communication including satellite communications in support of digital transformation for all. Today, the weight of these activities in ITU reflects the verse of services provided by satellites, which have an important role to play in meeting the UN Sustainable Development Goals and tackling the world's most apprising issues from climate change to the digital divide.”

In conclusion Mr. Zhao congratulated with this landmark anniversary Members and Signatories of Intersputnik, Directorate including Director General Ms. Ksenia Drozdova, whose leadership would continue to guide the Organization in conducting vital mission of fostering international cooperation in the field of satellite communications.

Mario Maniewicz, Director of the ITU-R Radiocommunication Bureau, emphasized that as a keen participant in the ITU activities Intersputnik contributed a lot to the satcom industry. He also stressed that the ITU-R consistently supported the constructive initiatives of Intersputnik.

Simonetta Di Pippo, Director of the United Nations Office for Outer Space Affairs, pointed out that Intersputnik represents one of the oldest intergovernmental organizations devoted to activities in the space sector and its work has been of critical importance.

Simonetta Di Pippo congratulated Intersputnik and thanked for 50 years of dedication to international cooperation and shaping the multilateral space ecosystem.

Moin Ahmed, Director General of the International Mobile Satellite Organization (IMSO), expressed confidence that both organizations share common fundamental goals to ensure the provision of reliable and secure satellite communications that work for the benefit of the global public.

“As a member of the ITU Radiocommunications Sector, due to its cooperation with the many private satellite operators, Intersputnik is able to effect real change in the satellite industry, which is now increasingly recognized as a central pillar in the challenge to achieve the UN Sustainable Development Goals,” he stressed.

Piotr Dmochowski-Lipski, the Executive Secretary of the European Telecommunications Satellite Organization (EUTELSAT IGO) also sent his congratulations on this special occasion and many wishes for future success to everyone at Intersputnik, its Director General Ms. Ksenia Drozdova and all its Members and Signatories. He remarked that “Intersputnik unites 26 Member-States from various geographic regions, 12 of which are also members of Eutelsat IGO. In 2019 our two organisations signed an Agreement on Cooperation granting each other observer status.”

Nurudin Mukhitdinov, Director General of the Regional Commonwealth in the Field of Communications (RCC) Executive Committee, told that “the Intersputnik experts and technicians play a prominent role in the operations of the RCC working bodies, contribute to discussions and decision-making procedures governing the satcom services over the territories of the RCC members.” “We are happy to declare that Intersputnik is celebrating its 50th anniversary while on the winning streak, continuing a run of growth and a string of successes,” summed up the head of the RCC Executive Committee.

In her congratulations, Maria Zakharova, Director of the Information and Press Department of the Ministry of Foreign Affairs of the Russian Federation, gave high praise to the Intersputnik’s work: “The Organization has proven to be capable of accepting and rising to major challenges, as well as of confidently shaping a long-term policy. We congratulate Intersputnik on its 50th anniversary and wish the Organization’s signatories new successes across all avenues of their constructive and indispensable activities, including those in close cooperation with the Russian and foreign stakeholders.”

Alexey Volin, Director General, Russian Satellite Communication Company, said that “Intersputnik is a truly reliable business ally of RSCC. The prefix ‘inter’ in the Organization’s name is meaningful: altogether we are opening new markets and business opportunities, take part in international cooperation and strengthen intergovernmental relations».” Alexey Volin is confident that Intersputnik can streamline the progress of the entire space sector, since the Organization is represented in many key international structures and engaged in many of the industry’s high-profile projects. The head of Russian Satellite Communication Company holds Intersputnik in high esteem for the promotion of the Russian satcom services in foreign markets and contribution to the scientific and technical progress of domestic operators and manufacturers.”

Dmitry Sevastyanov, Gazprom Space Systems JSC, CEO, believes that “Intersputnik is among principal contributors to keeping the single global information space and bridging the digital divide. The space industry is a unique business that brings together professionals from different nations and cultures, erases borders and improves the quality of life globally.”

In his greetings, Minister of Communications and Informatization of the Republic of Belarus Konstantin Shulgan said that “Over 50 years of its work, Intersputnik IOSC has achieved impressive results in the field of satellite communications and earned international recognition. Effective interaction between the Communications Agency of the Republic of Belarus and Intersputnik will continue to ensure active development and implementation of modern information and communication technologies.”

Minister of Transport, Information Technology and Communications of the Republic of Bulgaria Hristo Aleksiev extended his appreciation and gratitude for the fruitful cooperation during these five decades of successful work.

He also noted that “over the years, the Intersputnik policy has been uniting professionals from different continents in order to work dedicatedly for implementing projects that eliminate the digital divide with focus on the next generations, and that engage in modern solutions in the field of communications and broadcasting.”

In her greetings, Alba Azucena Torres Mejia, Ambassador Extraordinary and Plenipotentiary of the Republic of Nicaragua to the Russian Federation, emphasized the unique status that allows Intersputnik to generate opportunities for economic, social and cultural development using the latest space, information and communication technologies, to meet the present-day challenges, while paying due attention to humanitarian aspects of technological progress and the importance of bridging the digital divide. “A member of Intersputnik since 1987, the Republic of Nicaragua is determined to boost the existing interaction for the benefit of the governments and peoples of our countries.”

Samaddin Asadov, Chairman of the Board of Azerbaijan Space Agency, also sent congratulations to Intersputnik. He accentuated that “we are committed to cooperate on projects that will lead to benefit for all the stakeholders. Thank you for your commitment, dedication and hard work, in bringing us Nations and comprehensive space industry together.”

Dmitry Zakaliukin, Head of Aerospace Operations, BELINTERSAT, said that “it is thanks to decades of experience and expertise in management, introduction of the latest technologies and a close-knit team, that the Organization successfully keeps delivering satellite services all over the world. We are proud of our cooperation with Intersputnik and believe that our partnership is an example of reliable and successful business interaction.”

Chairwoman, Communications and Information Technology Authority, Mongolia, Bolor-Erdene Battsengel extended her appreciation that Mongolia was very grateful to become one of the founding members of the Intersputnik to contribute to the peaceful use of space Communications and Technology development in the world. She emphasized that “As a founding member of Intersputnik Mongolia is paying high concern on the Intersputnik activities and developing close and collaborator cooperation working with member states.”

“Mongolia will make efforts to further development capabilities in space Communications and Technology as well as to develop close relationships with Intersputnik member states,” Bolor-Erdene Battsengel said in her video message.

František Šebek, the authorized representative of the Czech Republic in Intersputnik, said that “over the past half century Intersputnik has confidently evolved into one of the most active players in the international market for satellite communications services. Although not an owner of its own space segment, Intersputnik works in close interaction with many satellite operators, thus successfully providing the satcom capacities of various systems to the most remote corners of our planet. The vast clientele of Intersputnik appreciates its services for high performance, flexibility and responsiveness. These key selling points win the Organization more and more new customers.”

EVP, Global Sales SES Networks, SES Elias Zaccack, said in a letter that “For five decades, Intersputnik has been a reliable partner to the space sector and one of the major drivers of the international cooperation in this domain. Your organization's commitment to supporting the telecommunications and broadcasting market developments has been — and continues — helping shape the industry landscape and bring the quality services to businesses, governments and communities around the world.”

National Media and Infocommunications Authority, Deputy Director General Dr. Peter Vari, underscored that “Being one of the nine funding members, who joined efforts to establish this organization, Hungary is proud to be part of anniversary celebration of Intersputnik.”Dr. Peter Vari shared his vision that “You'll have to continue to play a leading role in the satellite sector in the future as well, Intersputnik needs to drive Innovation dedication, and the best of the technology back service.”

To summarize, we at Intersputnik were overwhelmed by an avalanche of congratulations from our counterparts, business partners and fellow professionals, such as Professor Anastasia Ositis, International Telecommunication Academy, President; Sergei Yerokhin, MTUCI, Rector; Tatyana Mashkova, National Committee for Economic Cooperation with Latin America, Director General; and Nikolay Lukyantsev, GeoTelecommunications LLC CEO — to name a few.

The team and Directorate of Intersputnik sincerely thank the Organization’s respected colleagues and partners for their congratulations and good wishes!